RIYADH, Saudi Arabia, Feb. 6, 2020 /PRNewswire/ — The Saudi Development and Reconstruction Program for Yemen (SDRPY) signed a joint agreement on Wednesday with Alwaleed Philanthropies to support capacity-building among the Yemeni people in various fields and implement development projects to improve living standards and the economy in Yemen. The agreement represents an extension of the keenness of the Custodian of the Two Holy Mosques King Salman bin Abdul Aziz Al Saud and His Royal Highness Crown Prince Mohammed bin Salman to assist the Yemeni government, complement the Kingdom’s pioneering role in development, support sustainable projects through cooperation with the Yemeni government, and activate the outcomes of the workshop organized by SDRPY and held last November in the presence of Yemeni Prime Minister Dr. Maeen Abdul Malik Saeed, with the participation of Yemeni ministerial officials, to address the needs of the Yemeni people.

At the signing, the Saudi Development and Reconstruction Program for Yemen was represented by Saudi Ambassador to Yemen and SDRPY Supervisor Mohammed bin Saeed Al Jabir, while Alwaleed Philanthropies was represented by the foundation’s secretary-general, HRH Princess Lamia bint Majid Al Saud.

After the signing, at a meeting with Ambassador Al Jabir, Alwaleed Philanthropies Chairman HRH Prince Alwaleed bin Talal bin Abdulaziz Al Saud expressed pleasure with the agreement, indicating that it was the first and most important step of Alwaleed Philanthropies’ 40th anniversary, especially as it was in partnership with a Saudi government agency and intended to benefit the Kingdom’s brothers and sisters in Yemen.

Alwaleed Philanthropies Secretary-General Princess Lamia said that the projects discussed and agreed upon with the program were the most important of the foundation and indicated that the governorate of Aden would now be the staging ground for operations in other provinces.

For his part, SDRPY Supervisor Ambassador Al Jabir said in his speech during the signing that the program would work in conjunction with Alwaleed Philanthropies and the United Nations Human Settlements Programme (UN-Habitat) to help the brothers and sisters in Yemen by building their capacity in various fields. In addition, he said, it would devise and implement projects and programs contributing to social development, empowering women and youth, and building bridges between cultures.

Ambassador Al Jabir added that the projects to be implemented within the framework of the joint agreement would include building and restoration of several residential units, providing a decent life for those most in need of safe housing in Aden, where about 5,000 direct and indirect beneficiaries are expected.

Ambassador Al Jabir indicated that priority would be given to development projects preparing young men and women to enter the labor market and empowering women to achieve this through specialized development programs. It is expected that direct and indirect beneficiaries of such specialized programs will number about 6,000.

The joint agreement for coordination and cooperation aims to empower women and youth through several areas of concentration, most importantly: training and employment in the public and private sectors.

Through the joint agreement, 1,000 housing units will be built and restored for approximately 5,000 direct and indirect beneficiaries. The parties to the agreement will also train and build the capacity of 1,000 Yemenis, preparing them to be entrepreneurs and craftsmen and women as well as helping them find employment after training in cooperation with UN-Habitat and the Education for Employment (EFE) organization.

SDRPY is considered a pioneer in development work in the Republic of Yemen, as more than 100 development projects have been implemented since the program’s inception in the water, health, education, energy & electricity, transportation (airports, roads and ports), agriculture & fisheries, and housing & government buildings sectors.

Working for forty years on 6 continents in 189 countries, Alwaleed Philanthropies has been managed to implement more than 100 projects, benefiting more than 976 million people around the world. 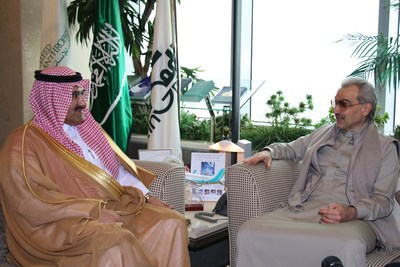 The Palestinian Central Bureau of Statistics (PCBS) and the Palestine Monetary Authority (PMA) announced the preliminary results of the International Investment Position (IIP), and External Debt statistics for Palestine as of end of the fourth quarter …

Israeli soldiers today seized the tractor of a Palestinian farmer who was plowing his land in the town of al-Shyoukh, in the southern West Bank, according to Palestinian news agency …