NEW YORK, Feb. 17, 2021 /PRNewswire/ — Fredrick D. Scott announced today that he has successfully completed his three-year term of supervised release in connection with his previous guilty plea for conspiracy to commit wire fraud and making a materially false statement to the Securities and Exchange Commission; a plea that was garnered through intimidation and forced by the prosecution after failing to successfully secure an indictment. 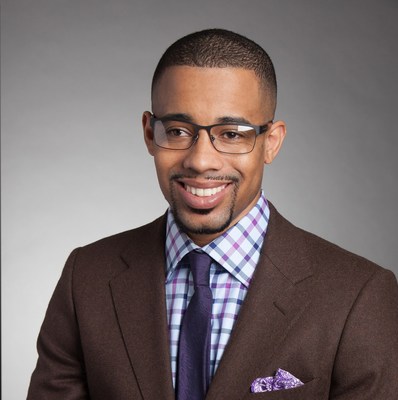 Though never indicted by a jury of his peers and being the only person ever charged in any capacity in his case, due to pressure applied by the Prosecution and threats to charge and deport his then wife, who was in the process of receiving her Green Card, Fredrick waived his right to indictment and entered into a plea bargain based on a prosecutor’s information, subsequently being sentenced to five years in federal prison and three years of supervised release.

“Though I am not happy about the circumstances and situations surrounding my guilty plea, nor am I happy about all the time I lost with my children. The net effect of what happened, oddly enough, was the best thing that could have ever happened to me at that time. It gave me time, time to find me, learn to love and accept me for exactly who and what I am, find my purpose and calling in this life and realize what it truly means to be ‘Black in America’. I have been everywhere a person wants to be and everywhere they don’t and because of that I can now effectively use my Knowledge, Experience and Execution abilities to bring about real impact and change in disadvantaged communities in the United States and abroad and am looking forward to doing so!”

Fredrick D. Scott is the CEO of The Scott Family Office Intl. A single-family office structure from which Fredrick stewards his family’s assets. He is also the Chairman of the Board for the New York City–based foundation, The Scott Family Foundation Intl., a Civil Society Organization (CSO) and member of the United Nations Global Compact. Fredrick is a business consultant, private equity investor, motivational speaker, social activist, and philanthropist. Named one of Ebony magazine’s “Top 30 Under 30” in May 2010 at the age of 25, Fredrick was, at the time, the youngest African American hedge fund founder in history.

Fredrick is the pioneer of the #GetRealWoke movement. Designed to foster economic stability, viability, and the uplifting of our community by advancing financial literacy initiatives and combating policing, incarceration and economic tactics that are used to perpetually disenfranchise communities of color and render these communities modern day slaves in the United States. You can learn more about Fredrick and his endeavors by visiting: https://fredrickdscott.com and on Instagram: @fredrickdscott

G20 ambitious on plan to roll out pandemic fund this year

Jordan is to buy water from Israel in a bid to ease shortages in the country, the Middle East Monitor reported on Thursday, citing Jordan media.Jordanian Minister of Water and Irrigation Mohammed Al-Najjar explained the government will not expropriate …