PHILADELPHIA, Jan. 15, 2021 /PRNewswire/ — Charles Lasvigne brings a passion for service with an extensive food and beverage background to his new role as Hotel Manager at Four Seasons Hotel Philadelphia at Comcast Center, including having previously led the Food and Beverage division for the Hotel as Food and Beverage Director.  Growing up a 76ers fan, Lasvigne has had sights on Philadelphia and joined Four Seasons Hotel Philadelphia in 2017 as part of the pre-opening team. During this tenure as Food and Beverage Director, Lasvigne assembled an incredible team opening Jean-Georges Philadelphia, Vernick Fish, JG Sky High and Vernick Coffee Bar while creating a collaborative culture sharing a vision of excellence. 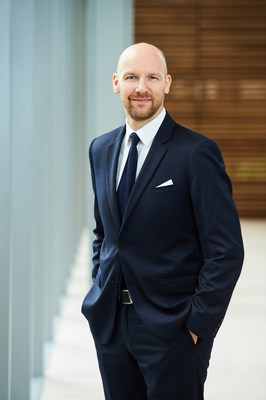 “Being recognized by Forbes Travel Guide as Philadelphia’s first-and-only Five-Star hotel has been a key moment in my career. This accolade is one that not only elevates the Hotel, but also the City of Philadelphia as a whole,” says Lasvigne. “I’m proud to serve the Hotel in the capacity of Hotel Manager, and work with the local community to further establish the city on the international stage.”

Lasvigne graduated from the Hospitality School of Strasbourg. An 18-year Four Seasons veteran, he has travelled the globe with the company, as well as created a Four Seasons love story with wife Verena Lasvigne-Fox, whom he met while working together at Four Seasons Hotel George V, Paris. Together with their two children, they have completed assignments in Paris, Morocco and the Seychelles islands.

An avid music lover who plays the guitar, Lasvigne loves big motorcycles and finds peace in the kitchen. You can follow his creations on Instagram at @charleslasvigne.